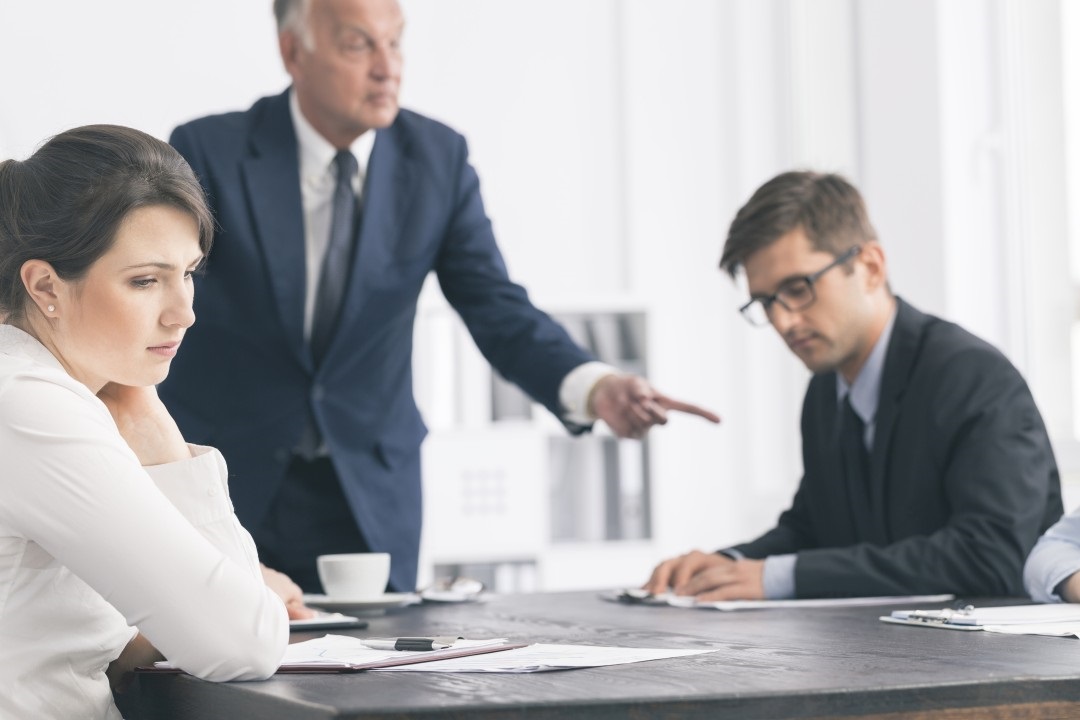 The definition of a leader, according to the Merriam-Webster dictionary, is straightforward: ‘A person who has commanding authority and influence’. The Business Dictionary is more specific, it includes establishing and realising a clear vision, coordinating conflicting interests and thinking and acting creatively in difficult situations. Nowhere does it say exactly how a leader is supposed to influence and direct.

Historically, leaders have relied on established hierarchical structures. Simply put, the higher up they were, the more authority they had, the more they could do what they wanted.

Yes, there were advisors, but if they displeased their leader, they ran the risk of being exiled or even put to death. The system was inherently patriarchic, favouring men of high social status and leaving those who didn’t have the required bloodlines at the bottom of the ladder. Except for a handful of exceptions, women were excluded from official leadership altogether.

Things didn’t change very much with the Industrial Revolution when democracy was in its infancy and slavery was still legal. The new companies were run by men who ruled over their businesses like kings and while eliminating someone for having a different opinion had become an unpopular choice, even constructively challenging leaders was still risky business. Yes, laws restricting working hours and abolishing child labour were passed in the early 19th century, but the bulk of labour legislation wasn’t introduced until the 20th century. Discrimination laws mostly didn’t come into effect until the 1970s.

As a result, older CEOs and General Managers who run major corporations today were introduced to leadership when companies were still operating according to century-old principles. Their standards for how they treat people and how they want to be treated are largely defined by 19th-century cultural norms. I call these older leaders ‘dinosaurs.’ They have characteristics that I expect will disappear as they retire and are replaced by younger leaders who operate with a 21st-century consciousness.

For the moment, however, multinational organisations often still define the global parameters of corporate workplace culture according to outdated norms, which means the traits continue to persist in leaders who emulate the dinosaurs. At the same time, new technology, changed education systems and a different, inclusive worldview have redefined how people relate to each other. Unfortunately, traditions bind us, and as long as new leaders feel they have to role-model age-old traditions, they will repeat these unhealthy practices.

So what are these dysfunctional patterns and behaviours?

While it may be rare to observe all the above traits in one leader – unless they have a diagnosed narcissistic personality disorder – as a coach I have observed individual traits in many.

Why is it so important to change this traditional model?

Because of the impact leaders have on the people who report to them, the significance of changing the old leadership model goes much deeper than you might think.

Culture lies below the surface of observable behaviour and includes how you make decisions, how you deal with authority, and how you communicate. All of the aforementioned is determined by underlying rules and norms and by how you were raised.

Up until now, science has explained human behaviour in terms of nature or nurture – genetic inheritance and other biological factors (nature) or the influence of external factors such as life experiences and education (nurture). However, according to new science, there is another element that shapes you, which has big implications for leadership – epigenetics.

“Scientists have recently identified that your genes respond to what you perceive when you are faced with life’s challenges.”

As you know, genes are the hereditary building blocks of life. They make up your cellar structure based on the material your parents provided. Scientists have recently identified that your genes are not hardwired, they respond to what you perceive when you are faced with life’s challenges. In fact, your environment influences your emotions and thoughts, determining how your genes express themselves – with massive significance for your stress levels, health and wellbeing.

This means that leaders have more impact on their staff than just getting them to do their job. They can literally affect their genetic makeup, both positively or negatively. When they create a toxic culture, stress and anxiety can turn into illness later in life and even be passed on to the next generation.

In the psychoanalytic therapy method, Transactional Analysis, traditional leaders occupy the Parent role, they are either nurturing or critical. When a leader embraces this persona, it generally sets up a counter-productive behavioural pattern. Because they require the boss’s approval, employees respond from the Child role by either complying or rebelling against the leader. Neither party benefits. Leaders feel that they must bear the burden of responsibility; subordinates learn that making decisions is a risky endeavour that attracts disapproval and blame. As a result, they learn to keep themselves small and never develop their potential. Should a Child be promoted into a leadership role, they generally step into their Parent’s shoes and follow in their footsteps by replicating the same behaviour while sometimes flipping back into Child.

Transactional Analysis offers a third role that interrupts the unhealthy behaviours of Parent and Child – the Adult. What does this actually entail? Before we delve into the meaning of this, I’d like to differentiate between a legal adult and a mature Adult. 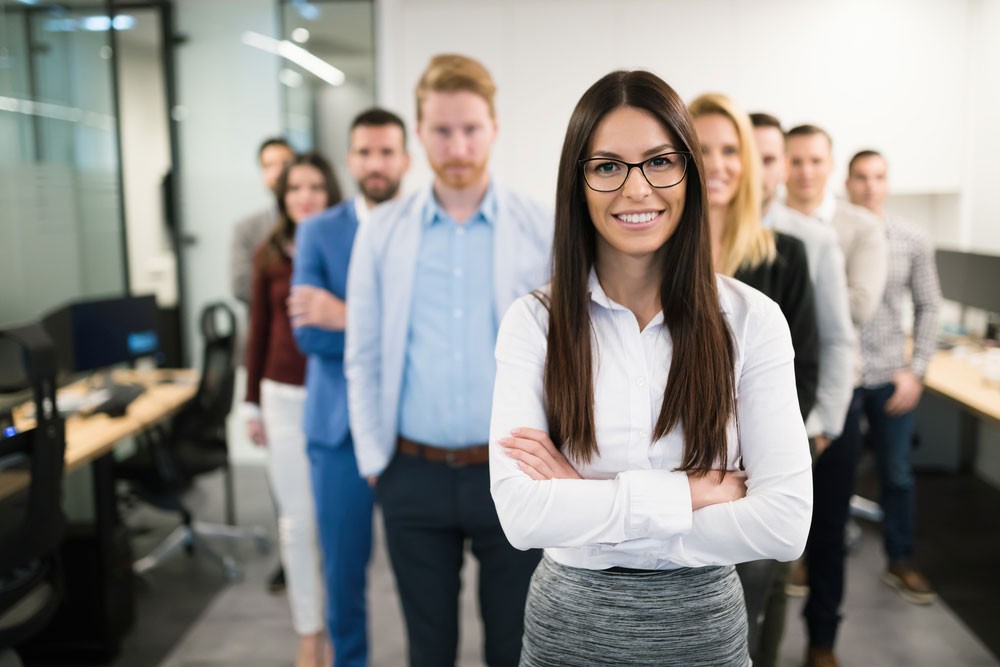 A legal adult is what we tell children they will become when they reach the age defined by law, when they have come of age and are therefore a ‘grown-up’. This is someone who is (theoretically) no longer dependent on their parents or guardians for survival.

If they are functional, they:

Grown-up does not equal mature Adult

But unlike a mature Adult, a legal adult and traditional leader may:

“I believe that at the source of dysfunction there is one pattern which is still widely accepted in our cultural framework – the perceived right of leaders to treat their subordinates like children.”

What follows is meant to be food for thought about what the term ’leader’ means to you. The points I make are intended to stimulate you into formulating your own leadership model, one to which you aspire and that motivates you to be the best version of yourself in your role as a leader. Whether you manage hundreds of people, a few or just yourself, leadership always starts with how we deal with ourselves and the expectations we have.

Here are a few points from my list of competencies and qualities, in no particular order, of what I think it means to be a mature Adult and emotionally productive leader, someone who:

Here is my invitation:

You may agree with some points and not with others as you compile your own list. If, however, you think leadership is just about you and your job, please consider the bigger picture. The world demonstrates how old-fashioned leadership values and behaviours serve neither people nor the planet. Traditions bind us. Isn’t it time to break these ties and find more productive ways to save the Titanic?

Speaking of ships, you may have heard of the trim-tab effect described by futurist and systems theorist Richard Buckminster-Fuller. When a huge ship needs to turn, it takes massive power to counteract the hydraulic pressure to shift a rudder that may weigh hundreds of tons. To allow the ship to turn quickly, a small rudder that only weighs around a hundred pounds is built into the trailing edge of the big rudder. This trim-tab is turned first and does so easily, allowing the big rudder to follow. Buckminster-Fuller used this as a metaphor to demonstrate how little things can impact matters significantly, or how one person can make a big difference.

Are you a trim-tab?

Angela Heise is a leadership and Emotional Productivity® trainer and coach with over 20 years of experience. You can find information about her online leadership program here: bit.ly/TheEmotionallyProductiveLeader