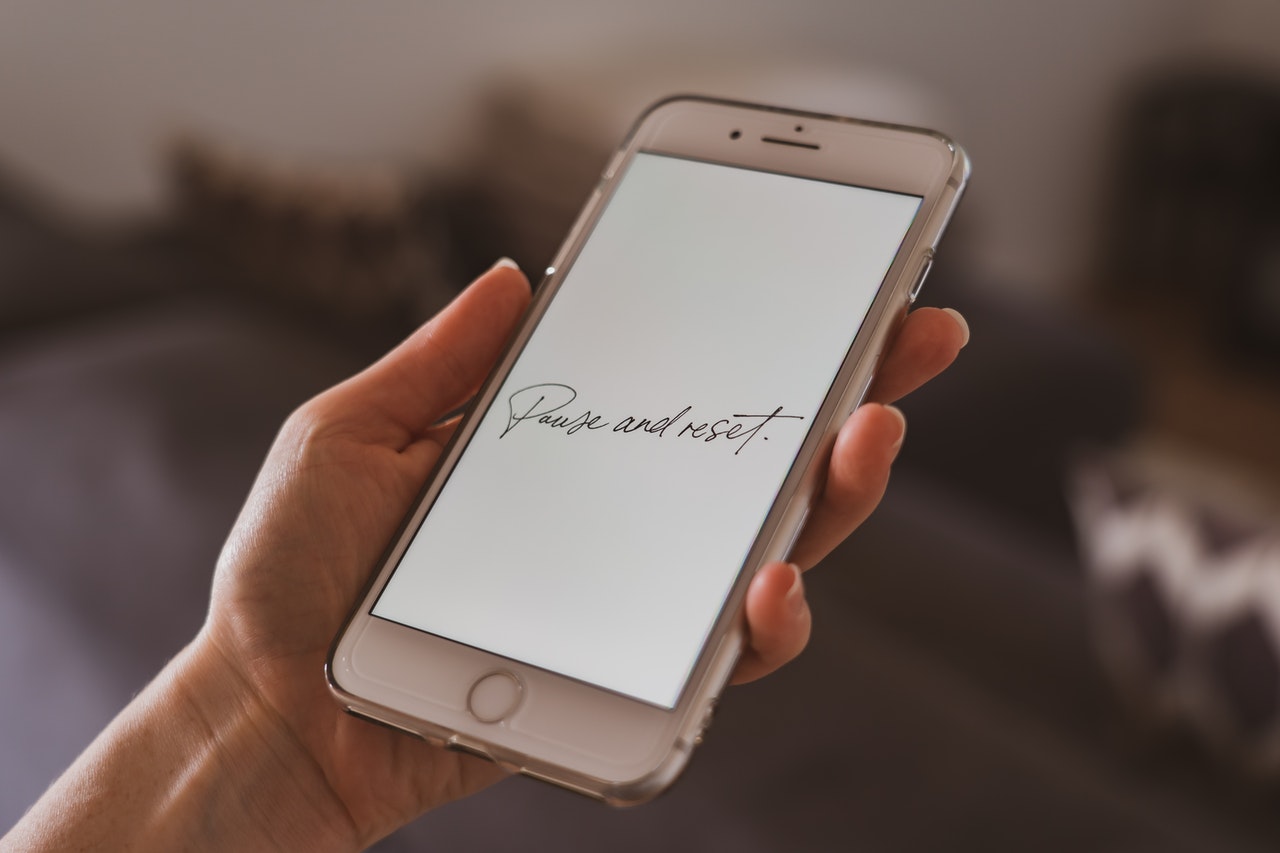 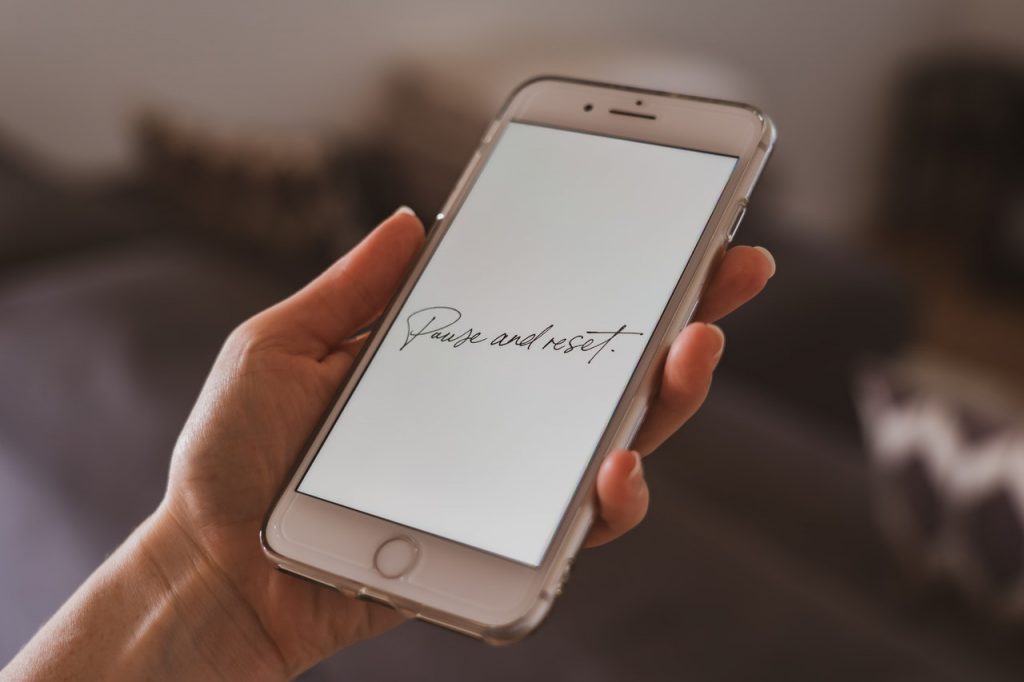 The past weeks have been tough as well as enlightening. I would love to say that my insights happened at the same time as the challenges I faced, but it wasn’t like that. Clear thinking was impossible when I was wrapped up in physical pain as well as mental and emotional exhaustion. And that’s the point of this blog. While I was initially baffled about how everything could have fallen apart so quickly when I thought I was doing so well, it all started to make sense after I took time for a reset, when my brain fully came back online.

I consider myself a resilient, resourceful person, but no matter how strong I thought I was, two months ago I had reached the limits of my stress-coping abilities. The past weeks have reinforced the fact that Emotional Productivity, a term that I created and that has been important in my work and life for a long time, doesn’t always mean doing. It also means surrendering and reminding myself that I am a human being and not a human doing. — And that like everyone else, I needed to learn from experience. Experience that I can now pass on to you.

As I am writing this as I am still coming up for air. Like a diver, I need time to decompress. Or, to use another metaphor, the stirred-up sediment is still swirling in the water and hasn’t settled back down yet. I know that my perspective will become even clearer as time passes, but I want to offer this to you now in the hope that it will support you on your journey right now as we are moving through a challenging time.

There was much to write about, so I have split this blog into two parts: Part 1 is a very personal reflection, Part 2, like my usual articles, has tips and tools.

Surviving in the lockdown

On the surface, my first half of 2020 was better than acceptable. Within the challenges of the pandemic I was safe and snug in my little cottage in Brisbane, still able to go outside even during the strictest level of lockdown, staying connected with friends and clients via technology, and eating healthy food. I knew I was privileged. I was truly grateful.

Still, I was all alone 24/7, and food, no matter how healthy, had become such a source of comfort that my waistline was expanding. Hardly anyone booked in for work, though people continued to tell me that leadership and emotional intelligence skills were needed now more than ever. People had quickly become Zoomed- and stressed-out. It was becoming increasingly difficult for anyone to see a challenging situation as an opportunity for self-development.

I knew there were so many people who were having a much tougher time than me. I convinced myself that things were really okay and continued to promote courses. I soldiered on. Then, in July, restrictions were eased, work was starting to pick up, face-to-face meetings were no longer a scary proposition. My spirit rejoiced. I planned to travel to Sydney to connect with friends and clients for the first time in many months.

But before I, the self-confessed global nomad, could implement this soul-feeding plan, restrictions were tightened again, and more distressingly, on that same day one close friend was diagnosed with terminal cancer and another friend committed suicide.

The trifecta of bad news hit me like a sledgehammer. I couldn’t get out of bed the following day. A few days later, I suddenly felt as if the walls were closing in on me. I collapsed on the sofa, utterly devastated and overwhelmed. But I was still able to make one last grasp at finding my emotional balance again.

An hour later I had booked an apartment in Noosa, two and a half hours north by car, where I was still allowed to go. I left the very next morning and spent four days walking on the beach in sunshine, wind and rain, blowing away the cobwebs that had gathered over the past months. A few days away from home felt like heaven. 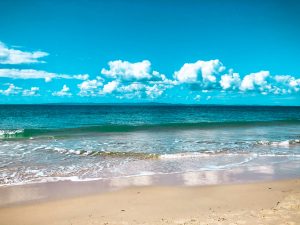 Before things got so bad, I had already decided that I needed a one-week staycation away from work, social media, and the more obvious stressors at play in my life. I had realised I hadn’t taken more than a single day off in over a year, something that I would have strongly advised my clients against even under ‘normal’ circumstances. Up to last year, I had regularly followed my own advice and taken time off to rest and recharge. But I didn’t think that I could afford to stop everything because I had lost so much time through illness and because I wanted and needed to work. It took things falling apart to make it clear that taking time out mattered more than ever.

In fact, now I needed time to not only rest and recharge but also to grieve. One week off was not nearly enough. I announced a two plus week time out to refill my jug (so I could pour again). And since I was consciously going into the healing process, I thought two more weeks (plus a couple of days) would be sufficient. I am ‘an emotional intelligence expert’, after all; I knew what I was doing. As it turns out, my assumption that knowledge supersedes biology was wrong. Sometimes too much is simply too much. Sometimes the body speaks more loudly than the inner voice.

In support of my jug refilling time-out, a friend invited me to stay with her for a few days. I was looking forward to starting my staycation on the other side of Brisbane and enjoying the company of someone who knew that I wasn’t my best cheerful self. But my body had other ideas. I was packing the car when I suddenly got so dizzy that I almost fell over. Five days later I was still in bed.

Vestibular migraines had entered my life last year as a consequence of a damaged spine. Like far too many other people who live with chronic conditions, it took a series of physical events for me to understand what was really going on and how I needed to manage the pain, exhaustion, and emotional havoc wreaked by my body.

I learned with clenched teeth to accept that pain and vertigo generally took a day or two to dissipate. This bout, however, was particularly hard on me. When I finally emerged from my bed, I was aware that the first five days of my supposed reset had exhausted me even further physically, mentally, emotionally and spiritually.

I slept a lot and never moved far from the bed. I rested and then rested some more. I read books and watched movies I knew and loved for their happy endings. I watched all the Harry Potter movies, only to realise at some point that I was delving into an epic story that contained many deaths. I sobbed when beloved characters died, grieving losses on and off the screen. — Over the past eighteen months, I had had ten deaths in my close circle.

I was beginning to have glimmers of understanding about what was going on. It took a deluge to bring me up against my own humanity, my need to pay attention to my emotional exhaustion and my physical depletion. 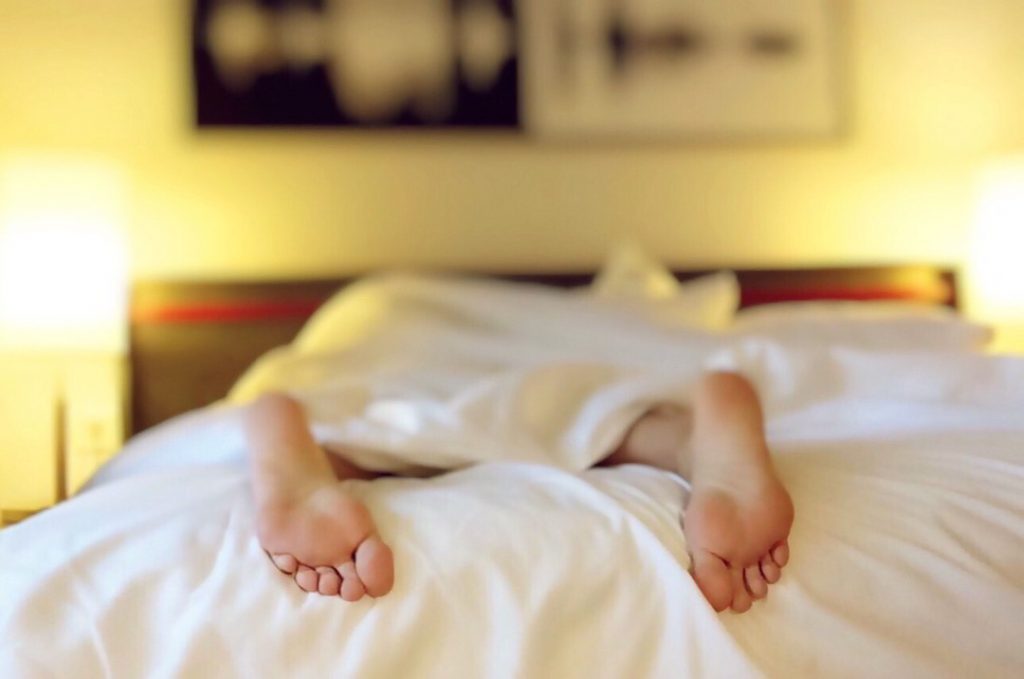 Initially, even watching a movie or reading was too much, so I started painting by numbers, simply touching my iPad screen. I literally only needed to lift a single finger. I completed dozens of paintings in an almost trancelike state and let my mind drift and wander. Like everybody else, I do a lot of processing outside of conscious awareness and I had given myself permission to do just that, welcoming any conscious realisations that would help me integrate and heal. While drifting in my thoughts, these realisations were offered to me like little jewels. Like why Harry Potter movies were so suited for processing grief. Or why painting by numbers was so fulfilling: it created both serotonin (calm happiness) and dopamine (reward).

I surrendered to the very real limitations of this moment in my life as I healed and rested.

Sometimes crawling is the only acceptable speed

Soon it became clear that my mind and body needed even more time than the initially anticipated two plus weeks. While my emotional balance had restored itself and I was at peace and hopeful again, my mind was still foggy and my body still exhausted. As I struggled for mental clarity and pain-free movement, I sought professional support from my GP and naturopath, had massages and healing sessions, blew exhaustion, guilt and shame into power stones, and learned new strengthening physiotherapy exercises. I became very selective about who I hung out with – virtually and, if it was possible, in real life. Talking was tiring.

Thankfully, I kept receiving emails, messages, voicemails from people who offered their support. No-one told me to get over it. Everyone told me to take my time when I told them how discouraged I felt about not recovering faster.

I realised with gratitude that I had made a community of people who recognised that my reset was in fact healthy and emotionally productive. And I remembered the old adage that we sometimes teach best what we most have to learn.

I took another week off, then another, constantly reminding myself that I couldn’t push the ocean when I became impatient with the tortoise-like tempo of my progress. I decided to treat myself as if I were my best friend instead of berating myself all the time.

As my strength increased, I returned to my healthiest healing activities. I walked in nature. I meditated. I cooked even healthier food, eating at a table I had properly set for myself. I watched comedies, played online board games and read novels. Slowly, I could feel both my mind and body coming back online again. I began to work on a new project that had been bubbling away in the back of my mind and increased my social engagements. I could feel myself lifting a little every day. — It had taken me more than six weeks to get back to a level where I could function again.

When I recently spoke with my oldest friend, a GP, she commented: “You know that’s called burn-out.” It hadn’t even occurred to me that this is what it was.

It’s easy to forget how challenging events can pile up and have a cumulative effect on mind, body, and spirit. When a new loss triggers a sense of all the losses that have come before: death, pain and impaired physical movement, travel restrictions, distance and isolation, lack of meaningful work, financial stress, and even changed familiar routines.