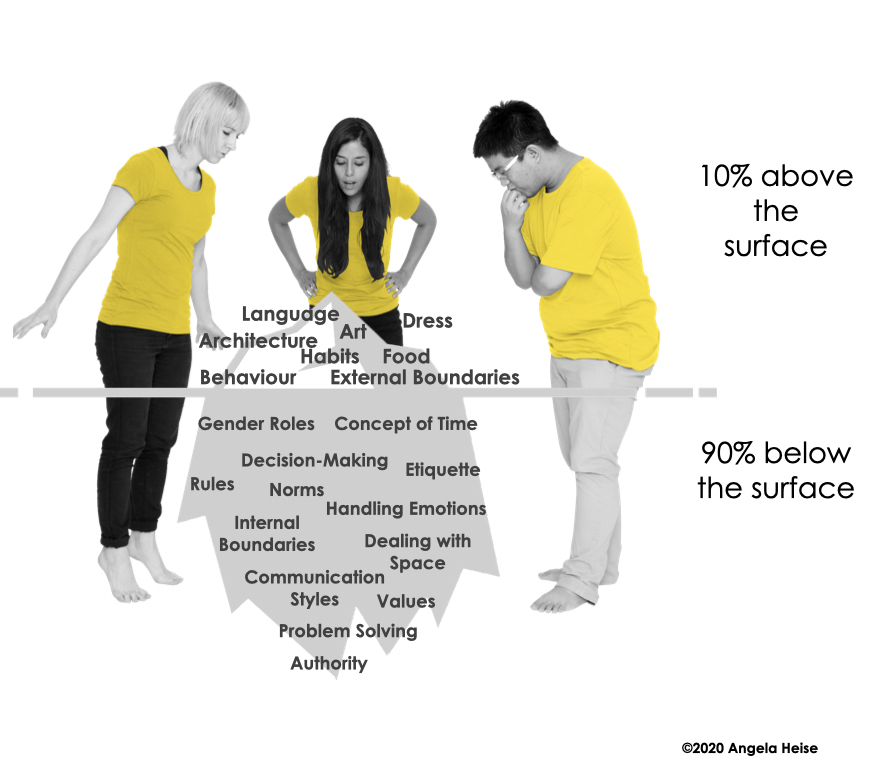 As you may already know, I have lived in nine countries, worked in sixteen and traveled in over fifty. One thing I have learned: A tourist wants to see. A traveller wants to learn.

A typical tourist visits a foreign country to sightsee and compares what they don’t know with what they know: “This is not how we do it at home. Why aren’t they doing it like us?” — A tourist strongly identifies with a single culture and measures other cultures with the same yardstick. They expect that their everyday habits are catered to even in a country that is not their own.

A traveller, on the other hand, explores a foreign country and accepts cultural differences for what they are: alternatives to their own worldview. They are aware that people are shaped by commonly held values, norms, practices and beliefs and that they differ based on many factors: history, geography, language, religion, and ethnic identity. Most importantly, they don’t expect that people in the culture they find themselves in adjust to their preferences; instead they adapt to theirs.

While a tourist may enjoy some differences, they may get annoyed by others: Food that is flavoured with strange herbs and spices; clothes that cover bodies, sometimes more, sometimes less; communication that is confusing in its directness or indirectness (completely taking aside the challenge of dealing with people whose language may not be English).

All of these cultural aspects, as well as many others, originate in the non-tangible concepts found underneath the surface of the cultural iceberg. Travellers know that time, for example, is handled differently depending on where they are. Where in one culture being late is counted in minutes to be judged as impolite, it is measured in hours in another. Space and how close you sit to someone is also determined by differing cultural norms. In one culture you may sit right next to someone you don’t know, in another culture you would sit as far away as possible.

I don’t expect you to have the same burning curiosity about the world I have had all my life. I understand that you may not want to explore other cultures. You may not even want to leave your own country, Whatever your plans, I am inviting you to embrace the attitude that distinguishes a traveller from a tourist. As Marcel Proust says: “The real voyage of discovery consists not in seeking new landscapes, but in having new eyes.” Embrace the fact that not everything is the same everywhere or has to comply with certain standards which one culture has deemed suitable for its own context. Enjoy the multitude of perspectives and perceptions of different cultures. You will find that you will become more accepting of not only others but also yourself, expressing your authenticity rather than the one you think you need to fit in. Which not only makes life so much more enjoyable, but also more fulfilling.

Here are some ideas on how to make this happen:

– Starting today and over the next few weeks, pick a different country for each week. Listen to music, watch movies and eat foods typical for this culture. World music and films are available on different music and movie apps; ethnic restaurants that deliver to your doorstep may be closer than you think. If you can’t find one and you like to cook, find a recipe on the internet. International herbs and spices are readily available in shops or online. Write down what you like and don’t like and notice if you dismiss something because it is unfamiliar or if you really don’t like it. Identify why.

– Chances are, you live nearby or work with someone from a different cultural background. Keep a notebook and write down everyday observations about your own and other people’s behaviour: e.g. gestures, common courteous manners, different ways of . Once you have a list, talk with someone from another culture (ideally several to compare) and ask questions such as “When you do/don’t do/like this, what is the common cultural reasoning behind this?” Connect with someone in your social media network on Zoom. The other side of the world is only the push of a button away. Alternatively, research what is typical behaviour for this culture. Make a list to compare the answers.

-If you want to delve deeper: Learn about ethnocentrism and ethnorelativism. Keep a notebook to write down your beliefs about how things ‘should’ be done and what is ‘right’ and what is ‘wrong’. Focus on aspects underneath the surface of the cultural iceberg. Become aware of your biases. Expand your global mind.